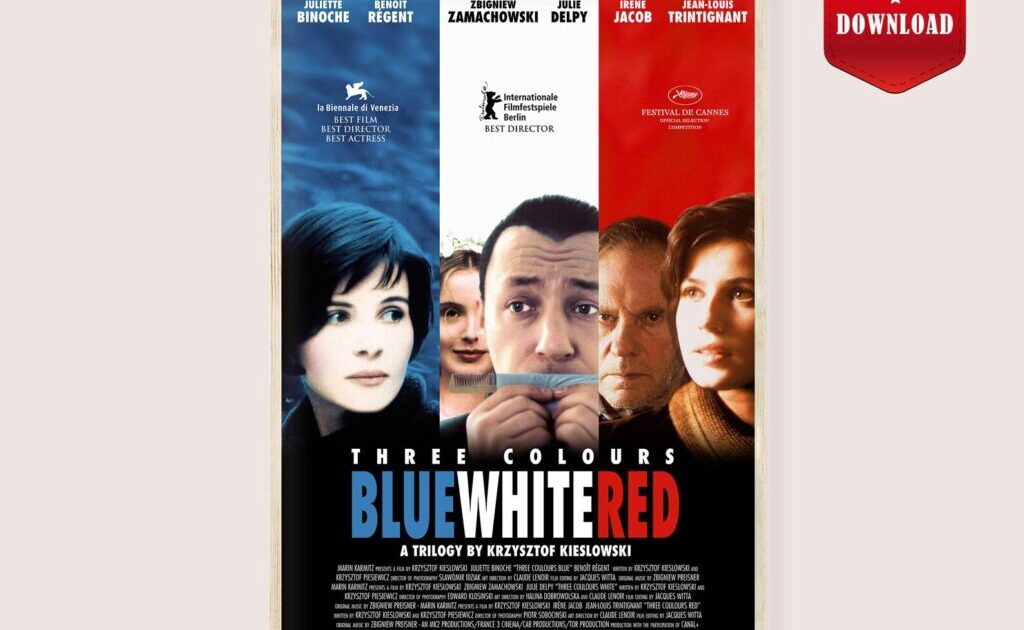 A season of the most important films of the Polish filmmaker Krzystof Kieslowski can be seen in filmmuseum Eye, from 18 January – 1 March. Shown is his unique trilogy ‘Three Colours: Blue, White and Red’. His acclaimed ‘Dekalog’: what the Ten Commandments mean to modern people. Next to earlier films as ‘Amator’ and ‘Blind Chance’.

The thirteenth of March 1996 is a sad day in filmhistory. On that day Krzystof Kieslowski died of a heart attack, he was only 55 years old. This was not a real surprise after seeing a photo of the Polish director in Time Out in 1994, where he looked very pale and ill. At that time he had just announced that ‘Red’ would be his last film.

When I think about Kieslowski, the first word that comes to mind is integrity. An honest and sincere filmmaker, who was genuinely interested in people and could easily do without the humbug that surrounds film making.
I saw him years ago in a Guardian interview in the National Film Theatre in London. He was a tall, serious and committed man with a delicious dry sense of humour. He had the reputation of being a closed, austere an not very talkative man, but there was another side to him.

Denusia Stok, who edited the fascinating Kieslowski on Kieslowski (published by Faber and Faber) says: ” There was a wealth of love within him and intuition. I sometimes sensed that he didn’t always want to admit this to himself. There was a compassion and a longing to return to a simpler life.”

Kzrystof Zanussi is another filmmaker from Poland and a good friend of Kieslowski for more than 30 years, since they studied together at the illustrious Lodz Film School. Here studied also two other great directors Andrei Wajda and Roman Polanski.

“Everyting about his life was clean, all was transparent”

Zanussi on Kieslowski:… “he was all opposites, his love for others was covered by an outer harshness. This was because he was afraid of lies in public life. He was very severe and refused to compromise. For instance he spoke out against communism, although the political establishment tried to corrupt him by offering privileges, he refused. Everything about his life was clean, all was transparent.”

After making three shorts at the Lodz Film School, ‘The Tram’, ‘The Office’ and ‘Concert of Request’, he made mainly sociological and political documentaries.

His first feature film is ‘Personnel’, about an innocent young man who wants to work as a tailor in the opera. Gradually his illusions shatter. His next film is ‘Camera Buff’. Filip Mosz, the protagonist buys a Super 8mm camera to record the first years of his new baby. His boss in the factory where he works, asks him to do some filming there.

He dedicates so much of his time filming, that his wife eventually leaves him. In 1981 he followed with ‘Blind Chance’( an idea later imitated in the film ‘Sliding Doors’), about a guy who tries to get on a leaving train. Three variations follow, which alter the story-line completely: He catches the train, he is arrested by a railway guard and he misses the train.

Kieslowski’s next film ‘No End’ stars the beautiful blonde actress Grazyna Szapolowska, later on she returns in ‘A Sort Film About Love’. In ‘No End’,
she is the ghost of a young lawyer, who observes the changed society after martial law.

1988 was an important year for Kieslowski. Together with his co-writer Krzystof Piesiewicz, a lawyer, he wrote a series of ten short films for Polish television based on the Ten Commandments. Or more accurately, what the Commandments meant for people living in the Eighties. Two of the ten parts series were made for the cinema: ‘A Short Film About Killing’ and ‘A Short Film About Love’.

Short Film About Killing’ deals with a powerful but bleak portrait of a guy who kills a taxi driver, without reason. He is then hanged in his turn by the State. Kieslowski raises the question: has the State the right to execute Capital Punishment?

I must admit I didn’t like ‘A Short Film About Love’ very much. We see Tomek, a young post office worker, peeping at his sexy blonde female neighbour through binoculars. The cynical message of the film is: ” all there is to love is ejaculation”, not very romantic or profound. In ‘Red’, arguably his best film, Kieslowski gives a much more optimistic and warm view of love. 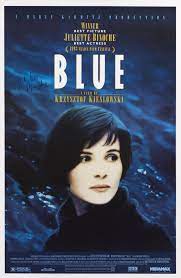 “After shooting Red, Kieslowski retired from filmmaking, so that he could    lead ‘a normal life’ again.”

But before he made this Three Colours Trilogy, he first directed ‘The Double Life of Veronique’, with French money. Weronika is a singer who lives in Poland and wins a singing contest. Although she has a heart condition, she doesn’t want to give up her music career. During a concert, she dies of a heart attack. Her French double has also a weak heart. The two girls, both played by the pretty Swiss actress Irene Jacob, see each other briefly in a bus in Paris.

The film is very mysterious and magical and has a beautiful soundtrack by Zbigniew Preisner. Kieslowski doesn’t want to explain everything in the film and deliberately leaves open spaces in the narrative. Jean Louis Trintignant who excelled in ‘Red’ said about this: ‘Kieslowski’s films are like poems of Rimbaud, he didn’t rationalise everything in his writing either.”

Looking at this film now, there is a frightening similarity in what happened to Weronika and Kieslowski. Like Weronika, he chooses a very demanding profession in the arts and both die of a heart attack… After shooting ‘ Red’ Kieslowski retired from film making, so that he could lead a “normal life again.”.

The Three Colours trilogy: ‘Blue, White and Red’ is his next tour de force. The three colours represent Liberty, Equality and Fraternity, the colours of the French flag.

“I have more hope in individuals, than in social and political principles.”

‘Blue’ is about Julie, a young French woman who loses her husband and daughter in a car accident. She is acted in a refined way by the beautiful and gifted actress Juliette Binoche. Julie cuts off all the ties with her old life and tries to start again in Paris. An unfinished musical score by her late husband however keeps haunting her. The end of the film is very moving, where the finished score unites all the characters in the story, along with the Bible text about love from the New Testament’s Corinthians.

It’s interesting to see how Kieslowski started with making political films and then shifted his attention more and more to the individual. Kieslowski said to Time Out’s film-critic Geoff Andrew about this: ” … the closer you move in on people, as I want to, you see inevitably less of society. And if my films are a little more hopeful and less cautionary than they were, it’s probably because I have focused more closely on the individual. I have more hope in individuals than in social and political principles. Each of us has some sort of inner basis which is good, but we create a world that is evil and stupid; as soon as a second person s involved, you get competition and power struggles.”

‘White’ the second film in the trilogy is about a Polish hairdresser Karol who visits his corrupted country and plots a revenge on his angelic looking wife (Julie Delpy), who has left him. Karol is played by Zbigniew Zamachowski, a much loved Polish actor, whose fragile and humane performance draws you immediately into the story.

And this, the carefully casting of the main character, is an essential element in Kieslowski’s films. He chooses a sympathetic and likeable protagonist, whom the viewer can identify with easily. See Juliette Binoche in ‘Blue’, Irene Jacob in ‘The Double Life of Veronique’ and ‘Red’ and Boguslaw Linda in ‘Blind Change’, to give some examples.

“For Kieslovski it was crucial to love the actors he worked with and it shows!‘

Red is arguably the crown on the oeuvre of Kzrystof Kieslowski’s work.It’s  about Valentine, very quiet and dignified played by the intriguing Irene Jacob, who hits a German shepherds’ dog with her car. She finds the owner’s name on the dog’s collar, who appears to be a retired, old and grumpy Judge. He is disappointed in people in general and especially in the legal world. The chance meeting with Valentine restores his belief in people, he even falls in love with her. ‘Red’ is exquisitely shot and lit, the plot is captivating and the acting by Irene Jacob and Jean Louis Trintignant is superb.

Kieslowski proves again his precise craftsmanship, but this film is warmer and more hopeful than usual. In an excellent interview with Geoff Andrew in Time Out, Kieslowski said: ..” that the film was a dialogue between what you are in childhood, with your naivety and ideals, and what you are with the pain, loss and betrayal that occurs later. What happens to those hopes? Either you become cynical and cold or you combine your adulthood and childhood, you form a bond between your sadness and the hope you once had.”

Kieslowski has said that ‘Red’ was his most personal film. He invested a lot of himself in the character of the old judge. Especially with his ‘Decalogue’(Ten Commandments) and ‘Three Colours: Blue, White and Red’ Kieslowski joins the ranks of other European Masters like Carl Dreyer, Robert Bresson, Andrei Tarkovski, Ingmar Bergman and Alexandr Sokurov.
What these filmmakers have in common is an interest in the inner life, the spiritual side of their characters. 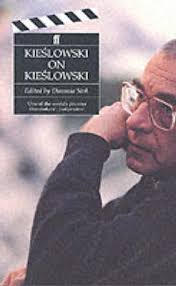 The following anecdote is typical of Kzrystof Kieslowski. After having seen ‘The Double Life of Veronique’ three times, a 15 year old girl from Paris told Kieslowski, that this film had made her believe in the soul. Kieslowski said ‘that it was worth working for a year, torturing himself, killing himself, taking thousands of decisions, so that this girl realised that there is such a thing as a soul.”